In January, Indonesia is in its monsoon season. When I realized monsoon season would be in full swing, I wondered how much of a damper — pun intended – this would put on our trip.

Indonesia has tropical weather and the humidity that comes with it. I was prepared with a light rain jacket, a rain poncho, umbrella, and waterproof hiking shoes. Major thunderstorms moved rain onto and off the islands and then the sky cleared up. It rained all day, but lightly, only two of the 14 days we were traveling.

I recommend traveling to Indonesia during monsoon season. The sky reveals its moods throughout the day, and you might even get lucky with some sunshine. Monsoon season is manageable. Plus, there are fewer tourists and it’s cheaper to travel.

Still fully jet lagged from 20 hours travel to Jakarta, we were back at the airport early the next day. This time we flew to Jogyakarta (also spelled Yogyakarta, and called Jogja for short).

This much smaller city, also on the island of Java, is about an 1 hour 15 minute flight from Jakarta.  Jogja is the art and cultural center of Indonesia. The region is unique in that it’s headed by a Sultan — a hereditary monarch — who has the power of a regional governor. Historically, the sultans have been political survivalists with a knack for picking the winning side during conflicts. I’m reminded of House Lannister from “Game of Thrones.”

We stayed downtown at The Phoenix Hotel.  Before it became a hotel in the 1940s, this elegant building was a wealthy Chinese merchant’s home.  For $70/night (split between two people), we had a very nice room, excellent hospitality, and the best breakfast buffet I have ever had. From our balcony, I watched the sun rise each morning. The volcanoes were a secondary backdrop to an untended cemetery.

The Hotel provided earplugs because we were a few blocks away from a mosque and its loudspeakers. Annoyingly, calls to prayer started at 4:15 a.m., and went on and on and on as other mosque loudspeakers added their calls to the din. (No complaints from me while I was there because I could have been charged with blasphemy!)

One of the historical areas of Jogja is Taman Sari (Water Castle), former palace of the first Sultan of Jogyakarta. Between earthquakes, wars, and invasions, most of the 59 building complex was destroyed, or left in a state of ruin. The bathing portion of the complex was restored in the 1970s. 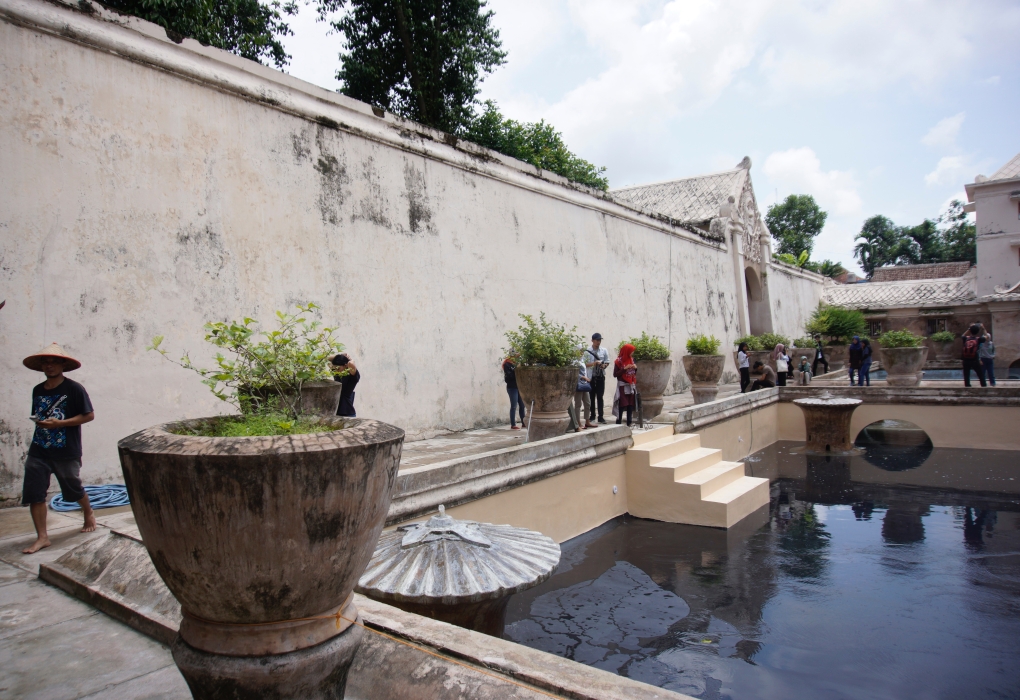 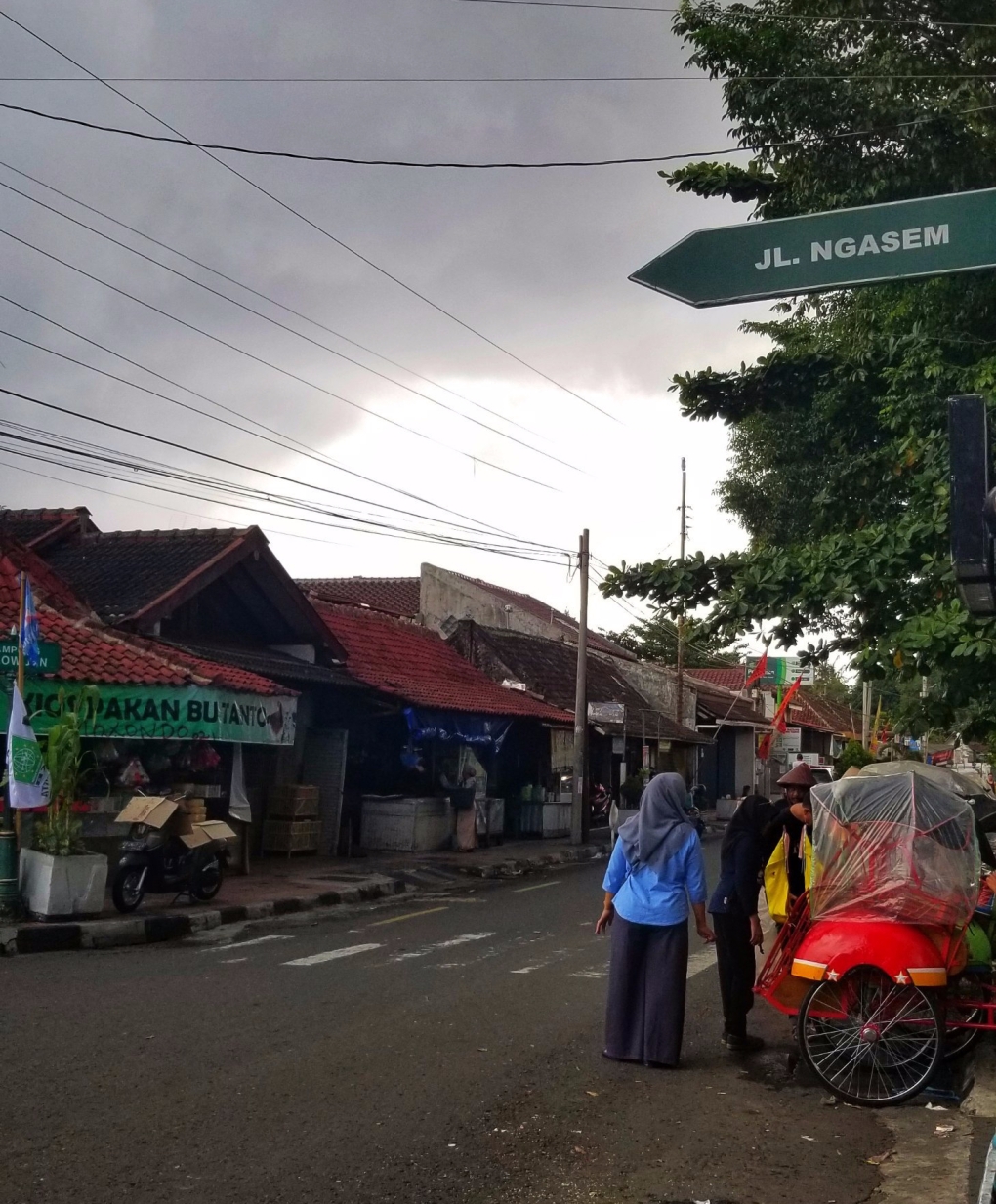 My favorite find was the puppets at a small artisan shop. Indonesian puppetry (Wayang) is a traditional art form dating from the 10th century. During the rise of Hinduism on Java and Bali, the puppet performances were used to further the philosophy of the religion. The puppets served a similar purpose during the later rise of Islam. In addition to being used to proselytize religion, folklore was told through puppetry. The puppets in this shop were the flat two-dimensional variety (wayang kulit) used for “shadow puppet” shows, and three-dimensional puppets made of wood (wayang bambu).

I was not leaving Indonesia without a puppet (or two)! To me, these were art pieces. I secured my travel companions’ promise that we were going back to the puppet shop before leaving Jogykarta. I know my companions were tired of hearing me talk about these puppets. Mission accomplished — I bought three wood puppets, including one for my mama!

Stay tuned for more on Jogyakarta in Part 3, and Bali, and Kalimantan (Borneo) in Parts 4 and 5!!