I arrived in Valencia by train from Alicante. I spent five days there — the longest at any destination during my two weeks in Spain. I stayed at Valencia Mindfulness Retreat, a bed and breakfast in the historic heart of the city. The B&B itself was a highlight with its charm, architectural details, style, and friendly hosts.  As a solo traveler, I liked the daily family-style breakfasts with diverse guests — Dutch, Italian, and British (while I was there). I loved being the only American guest!  Valencia Mindfulness Retreat is in easy walking or cycling distance of most sights. Yoga and meditation were available; I did both. My days in Valencia were a balance of leisure and exploration.

View from B and B 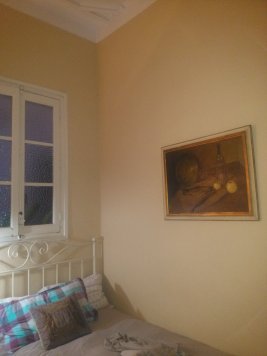 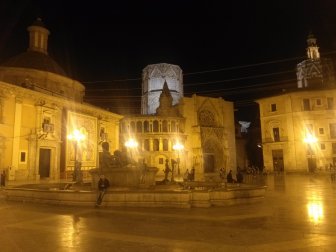 Mass at the cathedral 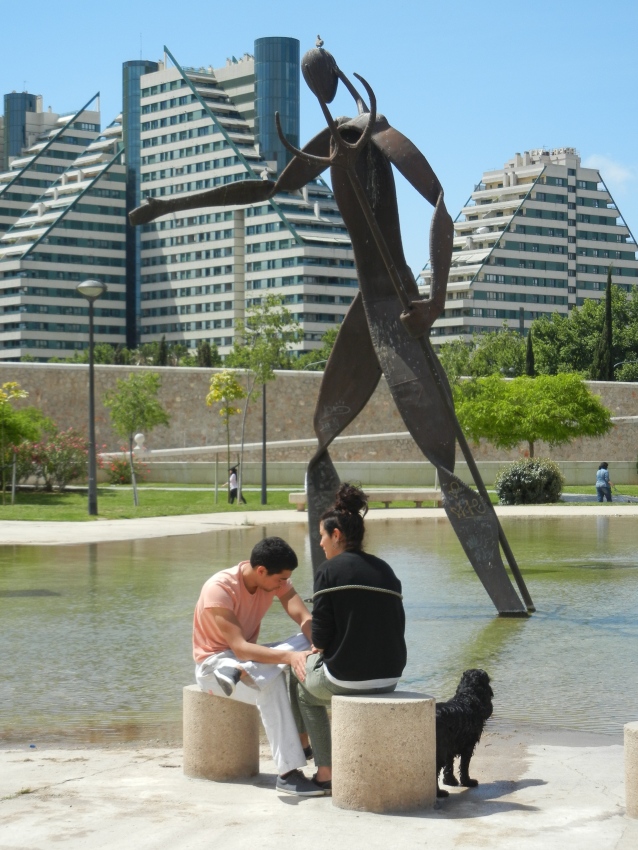 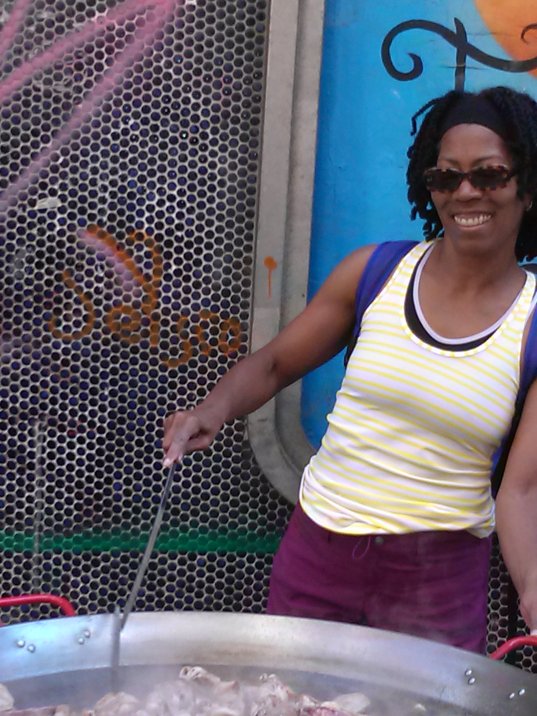 One of many courses at Kiaora

Another highlight was “The OMG! Meal” I had at an organic / local food restaurant I found called Kiaora Biocucina. Chef Yelel Canas graciously prepared my fish selection on the prix fixe menu, gluten-free. I had the kind of attentive service and multiple courses that I didn’t expect there. Kiaora was an unpretentious little spot, whose decor featured a large mural of a green mountain and a speck view of the chef’s family farm. Chef Canas is proud of his food philosophy, and local cuisine, and is happy to talk with patrons about his culinary creations. Amazing and delicious! (Update:  Chef Canas has left Valencia and will be opening a restaurant in Barcelona in Spring 2015. I will find him again. Bet on it!)

Valencia was all good. I had my poorest showing in communicating with people here because the people favored the local language, Valencian (a Catalan dialect), over Spanish. It wasn’t that much of an obstacle at restaurants or getting around, though. I’d return in a heartbeat and stay at the same place.  There is more of the city to  explore — my only regret is that I missed the Sunday flea market.  Next time!