When I returned to Alicante by train, I stayed for three days. I think Alicante and other towns on the Costa Blanca are to Scandinavians and Brits, what Florida is to North Americans. The weather in southern Spain is definitely warmer than Madrid. At first, I was underwhelmed by Alicante because I was comparing it to Valencia.  But then … I really got into it and took in the city’s charm. 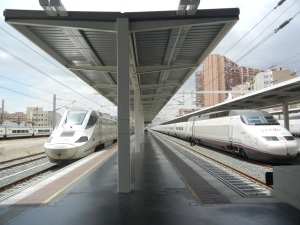 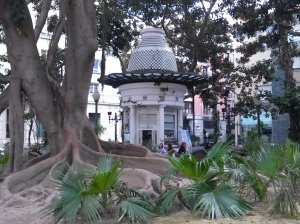 A little park in Alicante

My hotel, Eurostars Lucentum, was in a superb location for public, rail, and airport transportation; easy walking distance of the Esplanada and Castillo de Santa Barbara (Santa Barbara Castle); and across the street from Mercado Central (Central Market). The hotel was convenient to a street with a long row of very good restaurants, and a theatre where “Les Miserables” was playing.

Every morning I went across the street to a cool little cafe called Tres Semillas to use the wifi. Tres Semillas’ motto is “We are what we eat,” and they don’t use artificial ingredients or genetically modified products. Even though I don’t eat pastries, I enjoyed the fresh juice and great tea selections. And, by the way, I love their motto! (Reminds me of something “Ms. Daisy” would say!) 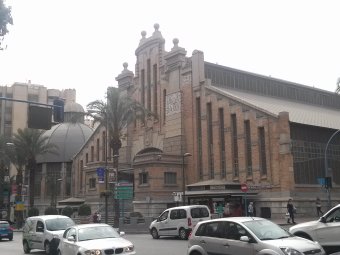 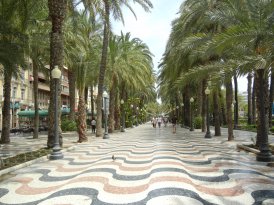 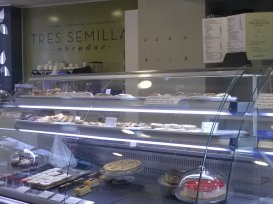 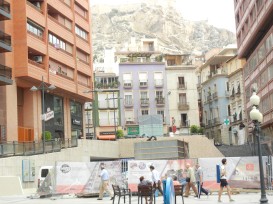 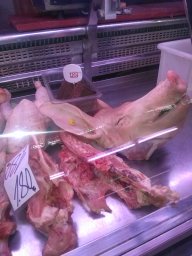 People were friendly and helpful in Alicante. I kind of had a conversation in Spanish at a gift shop that sold magic elves and gnomes, and other collectibles. I said, “Tengo comprar uno regalo por mama.” It got the job done and I pointed out what I wanted. When I tried to speak Spanish other times, I could only think of French words. When a French couple spoke to me, I was mute and couldn’t think of anything to say.  I just nodded and smiled. 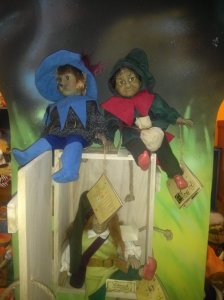 I found an organic vegetarian restaurant called Biomenu, while walking around the historic part of the city.  It must have been torture for the owner because we weren’t able to communicate… at first. I tried something I call “SPREMGLISH” — a jarring blend of Spanish, French, Mime, and English. I ordered one of the fresh juices from the menu, and, somehow also ordered an omelet and vegetables that were not on the menu, as well as fruit and tea. After that, the owner automatically prepared my meal when she saw me coming …and I was there every morning. 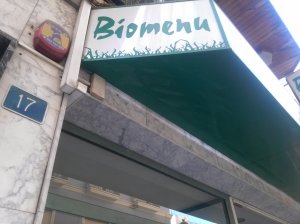 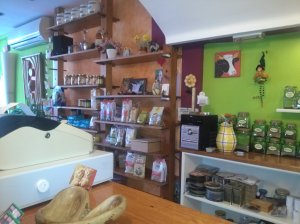 With only three days in Alicante, I picked the day with the best weather to go to the beach. The hotel concierge recommended I take the trolley to San Juan Beach, which was far nicer than the city’s beach. I caught the trolley at the end of the hotel’s block. It was a scenic ride. For the most part, the trolley followed the shoreline. Here’s a tip should you ever take a trolley from Alicante to San Juan Beach: there is no trolley stop called “San Juan Beach.” Get off at the “London” stop or, like me, you will watch the trolley move away from the shoreline and the sea will recede in the rear window. At that point, I wondered had I missed my stop. Well, yes, I had; and after I got off that trolley, it was a bit of a wait for the next one headed in the opposite direction. The beach was worth the mild misstep in getting there:  I hung out half the day. 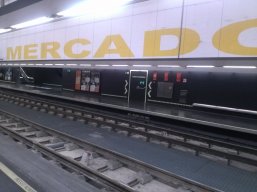 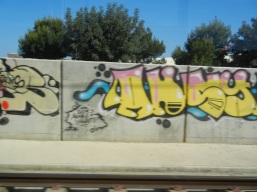 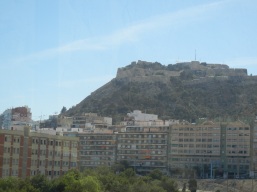 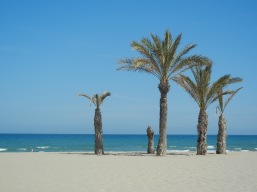 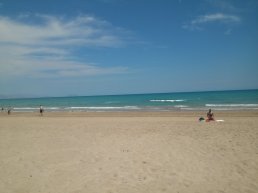 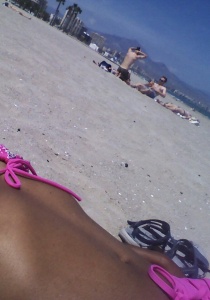 I saved Castillo de Santa Barbara for my last day in the city. It was overcast, and threatened to rain. Luckily, it didn’t. On my way there, I came across a discreet little museum called Museo de Fogueres. So, I went in — free admission! —  and saw exhibits about the Bonfires of Saint John Festival, held annually in June. Historic, humorous, and whimsical figures of various sizes are built to burn in the fires. Some figures from each festival become ninots indultados, as they are the ones “pardoned” from the flames and given refuge in the museum. 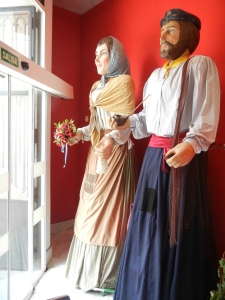 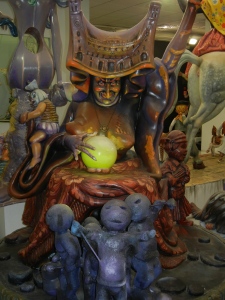 After I left the little museum, I walked to the castle. I bought a ticket inside the tunnel entrance; and continued through it to the elevator that took me to the castle’s upper levels. Castillo de Santa Barbara is probably the highest point in the area, and has a commanding view of metro Alicante. 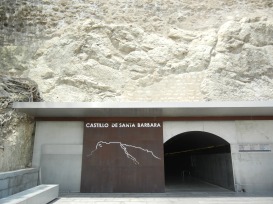 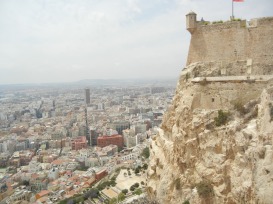 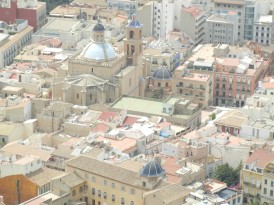 Overall, it took me a minute to warm up to Alicante, but I’d enjoy another visit someday. I had some great meals and good shopping – though I’m not much of a shopper. I tried to find some art galleries, but either there were none or no one could understand my SPREMGLISH. Oh, well!  I enjoyed the final convenience of my hotel’s location by walking across the street to catch the airport bus for my return flight to Madrid.

Madrid was my last stop the day before my flight home.  It was cold, windy, and rainy, compared to Alicante. The hotel was a bust. I went for the best deal in price rather than neighborhood, which had me on high alert while out and about at night. The hotel was supposed to be a 4-star, but I’ve seen better rooms at the YMCA. That hotel’s shameful breakfast buffet was unforgivable! Truly, you get what you pay for. 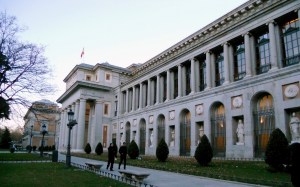 The Prado Museum was the priority for my final hours in Spain. After 5 pm, it’s free. (You see, in the D.C. area, we are spoiled by our free Smithsonian museums.) There was a long queue to enter the museum, and I waited in the rain. I managed to spend just two hours at the Prado before it closed, and left feeling incomplete in my cultural experiences in Madrid.

There is more of Madrid I’d like to explore, and I will return; especially, to visit its world-class museums — the Prado, Reina Sofia, and the Thyssen- Bornemisza. That’s a promise.